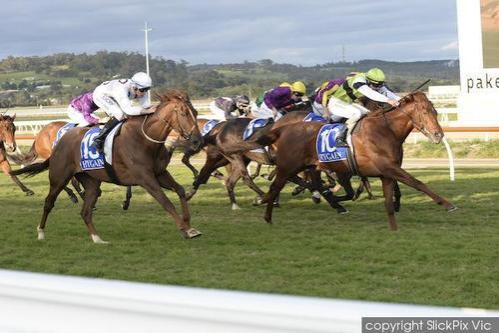 The German import relished the uphill rise at Victoria’s newest racetrack to take out the $40,000 National Jockeys’ Trust BM70 Handicap at the meeting that carried metropolitan status.

The 2000-metre event was just his second start in Australia, having resumed with a fifth placing at William Hill Park (Sandown) on 2 September, after a six-start career in Germany that netted two wins.

Allano will have a light spring this year with his next run likely to be at Caulfield on 14th October 2015 before setting his sights on elite-level targets in 2016.