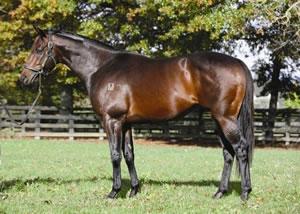 The New Zealand bred three-year-old Super Easy (NZ) has confirmed his status as Singapore's best three-year-old with an incredible performance in the S$500,000 Sgp-1 Singapore Guineas (1600m) at Kranji on Friday night.

Coming into the race looking to maintain his unbeaten status in Singapore and secure the final leg of the Triple Crown, Super Easy (Darci Brahma x Parfore) had already won the first two legs of the prestigious series, the Sgp-3 Singapore 3YO Sprint and Sgp-2 Singapore 3YO Classic.

In undoubtedly the toughest race of Super Easy's stunning career to date, the colt found himself third last on the fence at the 800 metres with champion jockey Joao Moreira in the saddle.

Improving around the home corner and coming into the straight, the son of Darci Brahma found himself in a world of trouble with Moreira electing to take the rails run home, but was quickly blocked when the gap closed.

Desperate for racing room, Moreira brought Super Easy across heels to the outside where he was checked and remained boxed in behind a wall of horses. With a small gap appearing between rivals Let's See Action and El Milagro, Moreira punched through, being badly squeezed in the process, and sent the colt out after the race leader.

In a show of true class and determination from Super Easy and Joao Moreira after a horror run, the colt lengthened stride once clear inside the final 100 metres to run down Cash Luck to win by a remarkable neck margin.

Trainer Michael Freedman was full of praise for Super Easy after his remarkable performance. "I'm just privileged to train a horse like him," said Freedman. "At the 200 metres I didn't think he could get a run. But both him and Joao showed their true champion qualities at that moment.

"Joao has always had faith in him and he did not panic. He's such an amazing rider and they should show what he did in the race to the apprentice's school."

Freedman will now send Singapore's Champion Three-Year-Old out for a well-deserved break before bringing him back for the spring and a possible tilt at Australia's Melbourne Spring Carnival.  "I'll sit and chat with the owners about future plans, but I've always believed he's good enough to go for the Melbourne Spring Carnival," said Freedman. "I've always believed he's as good as any of the good ones that I have been associated with in Australia."

Raced by the Joy N Happiness Stable, Super Easy has now won all ten of his Singapore starts, five at stakes level including the Sgp-2 E.W. Barker Trophy and Sgp-3 Three Rings Trophy against the older horses, for over NZ$900,000 in stakes.

Bred by M J Ryan, Super Easy was offered by Esker Lodge at New Zealand Bloodstock's 2010 Karaka Premier Sale where he was purchased by Blue Sky Thoroughbreds for $140,000.

Darci Brahma is the sire of Delbridge Racing's promising 3-y-old PAKARI TOA. Delbridge Racing is currently offering shares in a Darci Brahma colt from Belleva to be trained by Mark Kavanagh at Flemington – for more information go to http://delbridgeracing.com.au/horses-available.