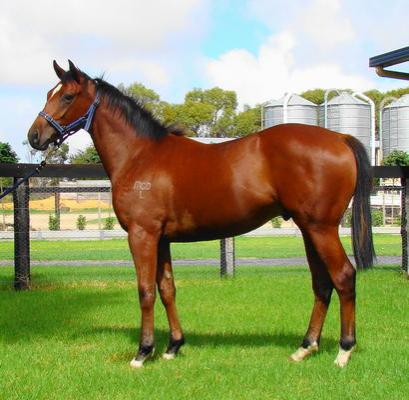 The season’s outstanding two-year-old filly Banchee has been sold by Sam Kelt to Peter and Philip Vela of Pencarrow Stud.

The winner of both the Ford Diamond Stakes-Gr.1 and Matamata Breeders’ Stakes-Gr.2 this season, Banchee will be wearing the Vela brothers’ famous blue and white colours when next seen on the racetrack.

“Peter Vela told me that if I ever wanted to sell the filly, could I give him the opportunity to buy her,” said Sam Kelt.

“We’ve had a fantastic time racing the filly and John Sargent has done a superb job,” added Kelt.

“She couldn’t be going to a better home,” Kelt concluded.

By Oratorio from Miss Jessie Jay, Banchee is not only a Group One winner in her own right, but a half-sister to Katie Lee, Sir Patrick Hogan’s Pins filly who created history when winning the NZ 2000/NZ 1000 Guineas double at Riccarton Park this season.

“She’s a filly I’ve liked ever since I saw her as a yearling when sold by Hallmark Stud through our Karaka Premier Sale,” Peter Vela told NZTM today.

“It’s now a fantastically-commercial family, so she’s going to make a wonderful addition to our broodmare band at Pencarrow Stud at the end of her racing career.”

Banchee changes hands with a record of 6 starts for 3 wins and her placings include a second in the ARC Eclipse Stakes-Gr.3 and a third – when coming from last – in the $1m Karaka Million-RL.

Delbridge Racing recently syndicated an Oratorio colt (pictured) and already the SIRE is producing Group 1 winners and increasing the value of his stock.