Thirty Seven Megs to run at Doomben Saturday 29 May 2010 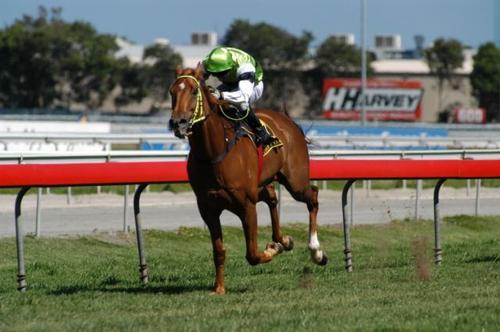 The forgotten horse of the Delbridge Racing stable races this Saturday 29th May 2010 at Doomben in a very strong class 6 race.


Thirty Seven Megs has recently been transferred to the Bruce Hill stables on the Gold Coast to race in the Brisbane area.

On Saturday he looks suited over 1350 metres at his third run back from a spell. He is drawn ideally in gate 2 and has the services of Melbourne Cup winning jockey, Scott Seamer. It is a very tough race but Thirty Seven Megs should run a competitive race.

Thirty Seven Megs is the third horse Delbridge Racing has sent to Bruce Hill to train following in the footsteps of Longstreet (pictured winning on the Gold Coast) and Comic Echo.

Bruce has had winning success for Delbridge Racing before and is happy with the way Thirty Seven Megs has settled into his stables. He is looking forward to a good campaign with him this time in and although it might not be on Saturday, he is not far off putting his best hoof forward.