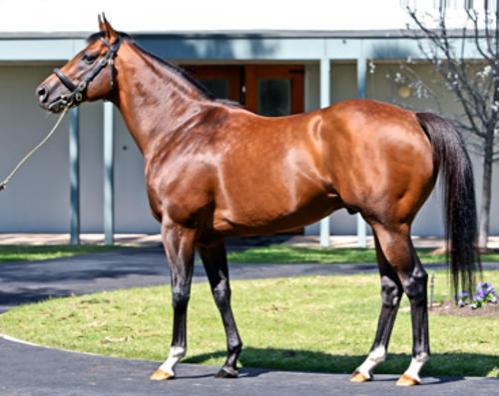 Coolmore shuttler Oratorio (IRE) may be seeking back to back wins at Royal Ascot in the Listed Chesham Stakes following an impressive debut win by King Torus at Leicester on Monday for Richard Hannon.

Big Audio (3c Oratorio-Tarbela, by Grand Lodge), from Oratorio’s first crop, won the Royal Ascot event last season for Richard Hannon and King Torus could have the same target after this success.

Jockey Richard Hughes was always travelling well aboard King Torus, a £30,000 graduate of the Doncaster St Leger Yearling Sale, and he cruised to a five-length success.

"He was off the bridle and did it very, very well," Richard Hannon junior, assistant to his father, told At The Races. "He’d been showing us plenty at home. He’s very relaxed and takes everything in his stride - a lot of these Oratorios are like that. They’ve got a lot of ability and very good temperaments.

"He reminds me a lot of Big Audio, who won the Chesham last year, and he might be a Chesham horse himself. We’ll see how he comes out of the race."

King Torus is fro the Mujadil mare Dipterous who comes from the family of good Hong Kong performer Viva Macau.

Oratorio (IRE) (pictured) is already the sire of a Group One iwnner in the Southern Hemisphere in Banchee and returns to Coolmore this spring at a fee of $22,000. Delbridge Racing has recently syndicated an Oratorio rising 2-y-old colt.