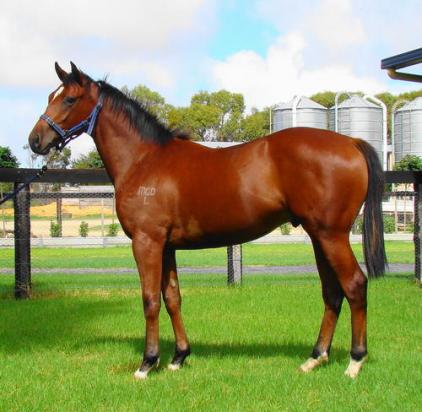 Oratorio is also the sire of a Delbridge Racing syndicated rising two year old colt from Devon Dancer (pictured above) to be trained by Mark Kavanagh at Flemington. The colt has done extremely well since being purchased at the 2010 Inglis Premier sale and is now being broken in for the Delbridge Racing Slick syndicate.