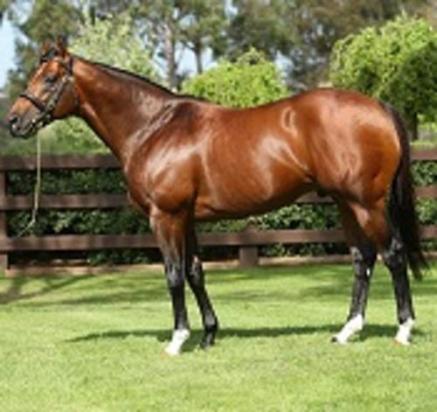 A winner at Te Rapa in March and stakes-placed at Riccarton, the Kenny Rae trained Upsala coasted home to take the 1200 metre feature by a length and a half.

Passed in shy of his $70,000 reserve at the 2009 NZB Select Sale, Upsala was retained to race by his breeder Lars Pearson and has won two races and placed three times from eight starts.

Upsala is the first foal of the Mark Of Esteem mare Cinquilla, a winner over 2600m in France from the family of Group One stars Darshaan, Daliapour and Darazari.

Upsala is the sixth stakes-winner for Oratorio and is his second in Australasia joining New Zealand Group One winner Banchee.