KAV WAITS ON WEATHER FOR WARRIOR 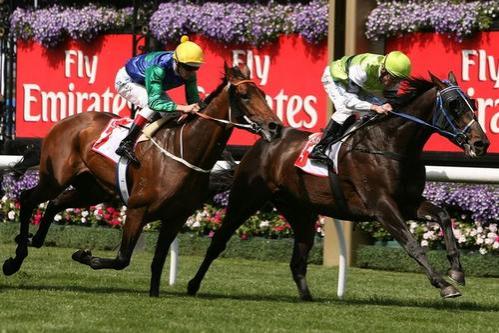 Trainer Mark Kavanagh has two major spring contenders set to resume in the weight-for-age feature but will monitor the weather in the days leading up to Saturday.

With rain forecast throughout the week, Kavanagh may be forced to wait another week with Cups hopefuls Shocking and Shamoline Warrior.

Shocking , last year's Melbourne Cup winner, hasn't raced since a two start autumn campaign as he prepares to defend his title in this year's 150th running.

Kavanagh said the five-year-old was in “top order” and forward enough to kick off this weekend but he didn't have to if the track was too soft.

Likewise, Kavanagh is in no hurry with the return of Shamoline Warrior who hasn't raced since winning the Group 3 Norman Robinson Stakes at Caulfield last spring. He was a short priced favourite for the Victoria Derby but never made the race through injury.

Kavanagh said connections had patiently given the four-year-old plenty of time to recover so he, too, won't be starting this Saturday if the track is too wet.

Both gallopers are well in the market for the Cups, with Shocking on the second line of Melbourne Cup betting at $14.00 while his younger stablemate is not far behind him at $21.00.

The forecast for Melbourne is for rain Tuesday and Wednesday and showers through to the weekend.