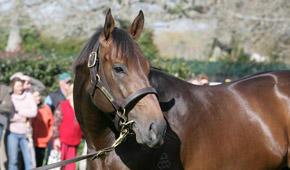 Lucky Unicorn’s only runner so far in Hong Kong is now a winner, following the impressive performance of Flying Unicorn (NZ) at Sha Tin last evening.

It was the two-year-old gelding’s fourth start in Hong Kong, having placed second at his two previous outings, with a debut fourth on the 25th of April.

Flying Unicorn (NZ) (ex Redzabetta, by Centaine) is a $75,000 graduate of New Zealand Bloodstock’s 2010 Karaka Select Sale, having been offered by Fairdale Stud.

Delbridge Racing has a promising un-raced 2-y-old by Lucky Unicorn named Luckyzeel who is currently in work with trainer Mark Kavanagh.