Pakari Toa good for rivals at the Valley 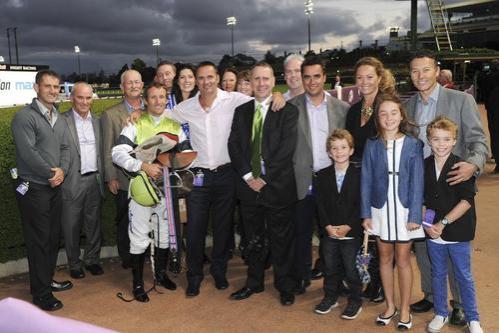 Pakari Toa continued a successful start to his career with a gutsy win at Moonee Valley on Friday night for the Delbridge Racing Darci Syndicate (pictured).

The Mark Kavanagh-trained galloper made it two wins from as many starts, leading from start to finish to claim victory in the Win a Mazda 3 @ MVRC Handicap (1200m).

With trainer Mark Kavanagh overseeing the preparations of $2 million BMW Magic Millions 2YO Classic hope Alezan Thunder on the Gold Coast, stable representative Merv Harvey was left to marvel at the gelding's effort.

"It was a very good win with 59 (kilograms) on his back considering he's not an overly big horse," Harvey said

"It was a pretty good ride by Ollie (Damien Oliver) to stack them up in front (because) he got away with a couple of cheap sectionals and was able to kick on the turn."

The son of Darci Brahma jumped well from the inside gate and jockey Damien Oliver was able to boot him forward in the early stages of the race to hold the lead.

The $2.15 favourite was never headed in the run and took full advantage of the leader-dominated track to put a space on his rivals coming into the straight.

Pakari Toa scored by a length from the fast-finishing Zuckerberg ($6) with roughie Tallica ($41) battling on well to round out the placings.

Purchased for $80,000 as a yearling, Harvey said Pakari Toa was a totally different horse after being gelded prior to his first racing preparation.

Unbeaten in two starts, Harvey said the stable would now look to step the classy galloper up to a Saturday class race, provided he pulls up well from Friday night's win.

"Any horse that comes from a Saturday maiden to a Friday night race here is probably going to be capable of winning in Saturday city class," Harvey said.

"He was a bit of a handful as a colt, that's why he is now a gelding and since we have gelded him he has really settled down."

The Kavanagh/Delbridge Racing combination have a 50% winning strike-rate this racing season. They purchased a Dehere yearling colt at the Magic Millions sale during the week which will be aimed for next years $2M Magic Millions 2-y-old classic. Shares of 5% and 10% are now available in the Dehere colt.