Another Group One Winner for Bernardini 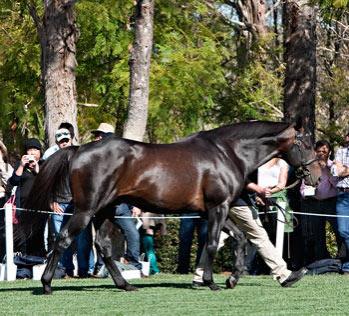 Talented Bernardini entire To Honor And Serve showcased his talent yet again on the weekend with a game victory in the Group I Woodward Stakes in the US.

The Bill Mott trained To Honor And Serve was right up on the pace during the nine-furlong race and the forged clear down the running to post his second Group I win, his overall record now eight wins from 15 starts with prizemoney in excess of $1.7 million.

To Honor And Serve was bred by Twin Creeks Farm, Larry Byer, and Rancho San Miguel. He is out of Stakes winner Pilfer, by Deputy Minister, who is a half-sister to multiple stakes winner India.

Bernardini continues to impress at stud with five Group I winners from his first two crops alone including Alpha, who won the Group I Travers Stakes at Saratoga last month.

The oldest Australian progeny by Bernardini are three year-olds with Delbridge Racing's Bernardini 3-yold, Bernzigova, aiming to resume in the Spring.