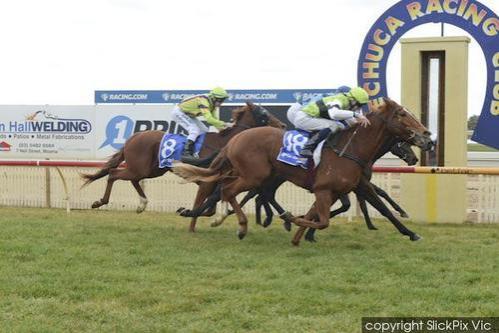 After settling mid-field early Parallel Lines moved into the race before the turn and was making ground early in the straight before really knuckling down in the last 100 metres for an impressive win at only her 4th race start.

She was well ridden by top apprentice Jye McNeil who was impressed with the way she found the line.

Parallel Lines is a 2-y-old filly by the top sire Mossman and she has shown good ability at all of her first four starts.  She is one of a number of Delbridge Racing horses trained by Jason Warren at Mornington.