The Thunder From Down Under 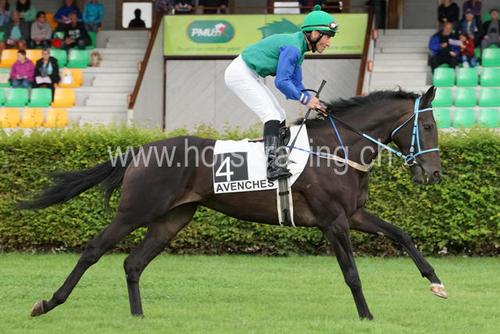 Delbridge Racing and Jason Warren Racing’s first foray into the European tried horse market has been an initial success with exciting German import ALLANO winning in town at his second start. He looks to have a bright future and should have no problems repaying his purchase price in the coming 12 months.

We have now finalised negotiations to purchase another European named THUNDER TEDDINGTON. He is a lightly raced 4yo gelding by Halling (top European stallion) from a full-sister to the dam of Treve (dual winner of the Arc De Triomphe).

He has had 12 starts in Europe for 5 wins, 3 seconds, 3 thirds and a fourth. The wins, including at listed level, have been from 1600 metres to 2800 metres and he has only been out of a place once when he finished 4th.

The Teddy has now passed all vet checks and we have purchased him. He goes into quarantine on 4 January and he shoud arrive in Australia in ealry February 2016.

Thunder Teddington should be a serious stayer here in Australia and will go straight into Saturday class racing. Based on his form lines, we are extremely confident that he will at least measure up to stakes company in Australia.

He started his career in Hungary and was the up and coming star in Hungary racing winning the Hungary Guineas, running 3rd in the Hungary Derby before winning a listed race in Switzerland. He is now running in top class races in Germany having run second and third at stakes level in his past two starts.

We have checked with the RVL handicapper and have confirmed that his rating will be about 85-89 once he lands in Australia. This is great news as it means he will race in Australian Saturday city class already but is not too high to get too much weight. He looks more than capable of winning at Saturday city class.

He is also rated highly enough to nominate for both the Caulfield and Melbourne cups in 2016. His rating is also high enough to gain entry into some of the Cups automatic qualifying races so with a bit of luck he could be only one win away from gaining a start in the 2016 Melbourne Cup.

He has excellent form through top European stayers like Feuerblitz (beat Protectionist in Germany in Apr 2014), Girolamo (GER Gr 2 placed 2015) and Trip To Rhodos(who ran 4th in Group 1 at Longchamp last start).

The two big pluses with this horse is that his best runs have been on firm ground and he has a turn of foot which is perfect for Australia. His acceleration in his Switzerland win was very impressive (off a slow speed). He is trained by a little known trainer in Hungary so we are confident that he will improve significantly under our care and system of training.

RECENT VIDEOS - he races in the dark green with blue sleeves

Our Bloodstock Agent, David Baker, reports on Teddy below when he inspected the horse in Budapest a few weeks ago:

“ Thunder Teddington is in great shape. You wouldn't know he raced last week. Great condition, very relaxed and his legs and hooves are cold. Walked out of the box sound and trotted up sound. He is a big strong staying type. Not heavy.  Just an athletic horse with good condition. And a handsome type that you look twice at.  Also a beautiful walker.  He obviously eats well and is tough.  A good constitution.

What I like about him is that he has form around good horses that have been competitive at G1 level in Europe and he has been carrying more weight than them (around 59/60kg).

"Teddy" started his career in Hungary and was the up and coming star in Hungary racing winning the Hungary 2000 Guineas, 3rd in the Hungary Derby and winning a listed race in Switzerland. He has then come over the Germany and competed very well against some good quality horses. He still looks raw and open to improvement .He seems to go on the soft and firm going.

At his most recent start (listed race in Dresden), he was beaten by FEUERBLITZ which has competed in many Group 1 races in Europe/Hong Kong and beat Protectionist in a listed race last year. Also they tell me he needs to work home off a fast pace and didn't get this last week at Dresden. And that the rider told them he should have run second to the Gr1 winner. He maintains that getting held up behind a tiring horse cost him the momentum required to finish second. At his run before that (Listed Race at Baden Baden), he was beaten by TRIP TO RHODES which then ran 4th in a G1 race at Longchamp.

He is more of a typical German stayer, tall, leggy and rangy. He is still a stallion by top Europe stallion Hailing out of a sister to Treve – the dual winner of the Arc de Triomphe.”