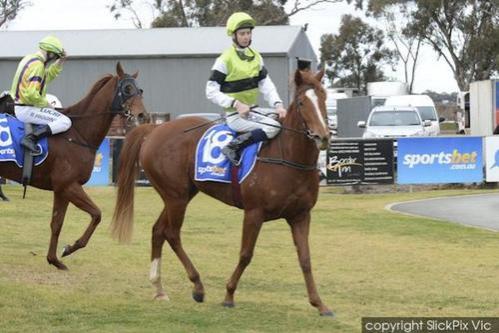 It has been a great week for Delbridge Racing with Godspiel winning for us at the Pakenham city meeting during the week.

On Saturday 19th September we have Parallel Lines running at Caulfield over 1400 metres.

Parallel Lines (pictured returing to scale after winning at Cranbourne) has been freshened up since her two wins in July 2015 and is up against some up and coming 3-y-old fillies in a year when the 3-y-old fillies look pretty strong.

She is in good condition and performed well in a barrier trial last week at Cranbourne.

She will be ridden by top apprentice Jye McNeil and we expect her to be finishing the race off strongly as we eye off a few fillies races over further distance later in the spring.

Good luck to all the owners of Parallel Lines.