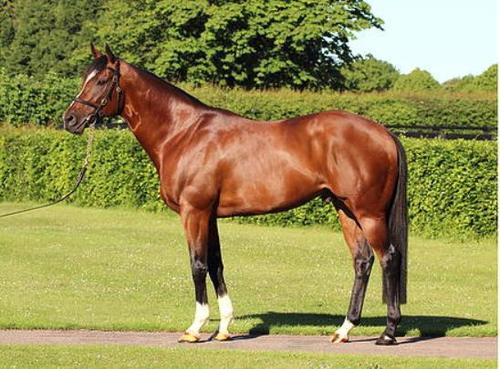 “He has arrived in great condition after a busy season at the English National Stud.  He has all the credentials needed to make a big impact on the Victorian and Australian Breeding Industry and it is a substantial show of faith in Victoria that [his owner}, Al Shaqab, have entrusted Swettenham with this calibre of stallion” Swettenham owner Adam Sangster said.

Delbridge Racing broodmare Believebeel (Zabeel - Chatto Creek) will be served by Toronado in the next month. TORONADO (pictured) is by High Chaparral and the High Chaparral – Zabeel cross has been one of the most successful crosses in recent years in Australia including quality group winners such as (IT’S A) DUNDEEL FENWAY, ALPINE EAGLE, SHOW THE WORLD and HIDDEN ASSET.

Toronado has Speed, strength and pedigree; all qualities that make up a successful sire and all qualities which he has in abundance.  He was a European Champion Miler by High Chaparral who was an undefeated Group 2 winning two-year-old who went on to win the Gr.1 Qipco Sussex Stakes and Gr.1 Queen Anne Stakes in faster times than Frankel.