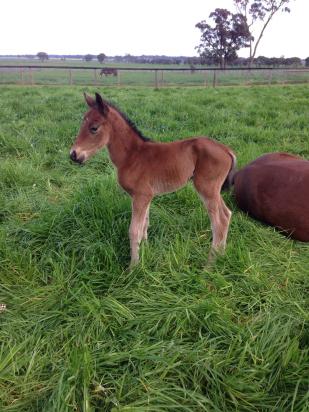 Cinnamon Girl was a flying machine on the track and has settled into the life of a broodmare very well.

Her first foal, by the Group 1 winner and producer Turffontein, is a very correct colt with good bone and size.

Both Cinnamon Girl and her new foal are in great condition. The photo was taken 8 hours after he was born.

Cinnamon Girl will be mated with Blue Diamond winner and already successful sire, Reward For Effort this season.