100th Individual Winner this season for Reward For Effort 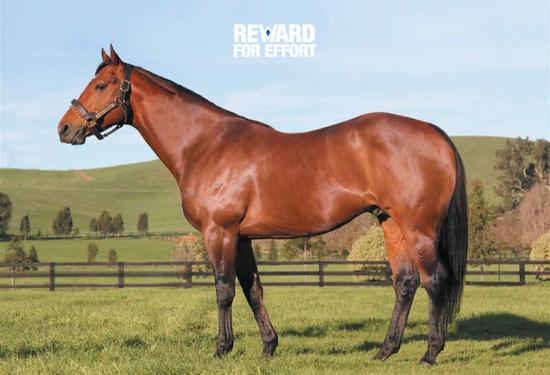 Chatswood Stud reports their resident stallion Reward For Effort has sired his 100th individual winner for the 2018/19 season (153 wins). He is just the 8th sire in Australia to reach triple figures and only the second Victorian sire to do so with two months remaining this season.

Reward For Effort is also the leading Victorian sire for 2YO winners this season and has even better quality crops yet to hit the track. The milestone was brought up by 3YO Win 'N' Grin who was fittingly bred by Eamon McNulty. Eamon raced Reward For Effort and has loyally supported the stallion every season.

The milestone comes off the back of Not Enough Effort preserving his undefeated record at Flemington recently. The untapped 3YO will race on after already earning connections over $200k in his first career racing preparation.

Delbridge Racing has a very strong Reward For Effort Filly in our team of horses. Ownership or leasing opportunities are available in this yearling filly from the Denman mare, Cinnamon Girl.