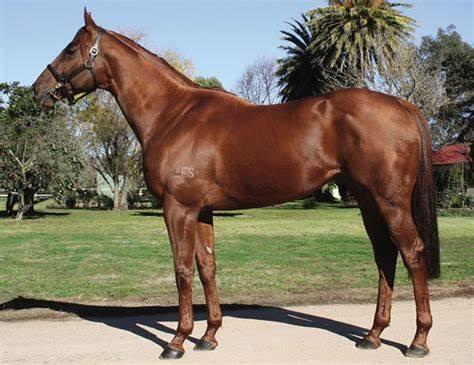 Cinnamon Girl has had two of her progeny to race and both have shown good ability.

In the last two seasons she has foaled two big, strong colts by Inference, one of which will be offered by Delbridge Racing - he is a strong colt with a striking resemblance to his grand sire, SO YOU THINK.