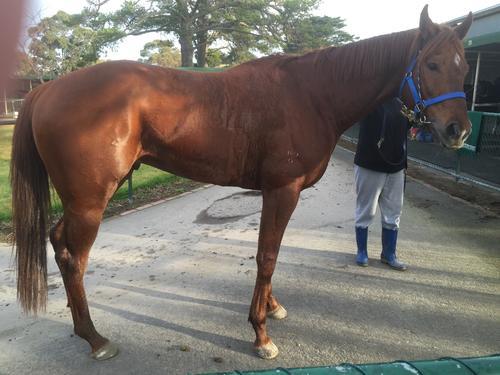 Delbridge Racing's German stayer, Allano, had a solid hit out last week when he contested a jump-out over 900 metres at Mornington. He settled back in the run, relaxed and worked to the line well without being pushed out. He pulled up well and will gain plenty of fitness improvement from the work out.

Allano is showing that he will be suited over staying races of 2400 metres and beyond so he his performance in the 900 metre jump out was very pleasing for his first hit out this time in.

Jake Noonan rode him and was impressed with the way he is going.

Allano (pictured after the jump-out) only raced 6 times in Germany for 2 wins, the most recent over 2000 metres.

We are aming for him to have his first Australian start in late August 2015.