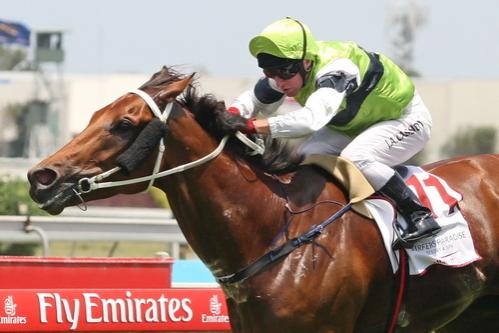 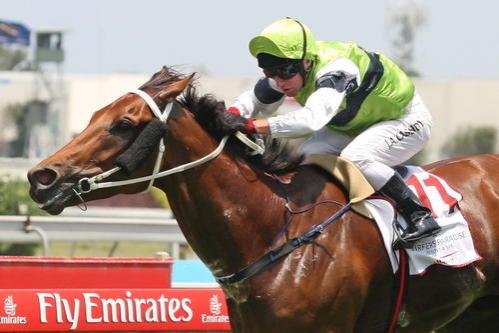 Drizzle was the first yearling purchased by Delbridge Racing at the sales. He was purchased for only $26k and went on to win $451k in prizemoney from 54 stars with 7 wins and 21 placings.

He became something of a cult hero when he won two consecutive Gold Coast Magic Millions Stayers cups. Drizzle gave everything he had every time he went around and as well as his two Magic Millions races he was successful at Rosehill in a tight finish to secure a place in the Magic Millions field.

Drizzle was a popular horse due to his “on the pace” racing style and his consistency evidenced by him being “in the money” on no less than 38 times from his 54 stars.

Known as “The DRIZ” he is now embarking on a second career as a showjumper and if endeavour means anything he will be a star.