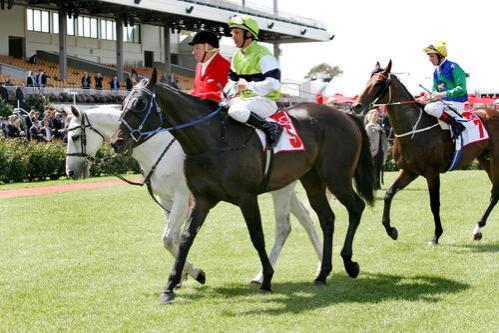 With a number of un-raced youngsters all starting to get close to race fitness Delbridge Racing will unveiling some very promising gallopers as we lead into the 2011 spring racing season.

The first to hit the track will be Luckyzeel who will face the starter for the first time on Sunday 17th July 2011 at Seymour.

Trained by Melbourne cup winning trainer Mark Kavanagh Luckyzeel was purchased from the 2010 Karaka Sale in New Zealand. He is by promising young sire Lucky Unicorn out of the smart Zabeel mare Starzeel.

Luckyzeel has drawn wide for his first start and will be looking for further in his races but he is expected to be running on solidly late in the race over 1200 metres on Sunday.