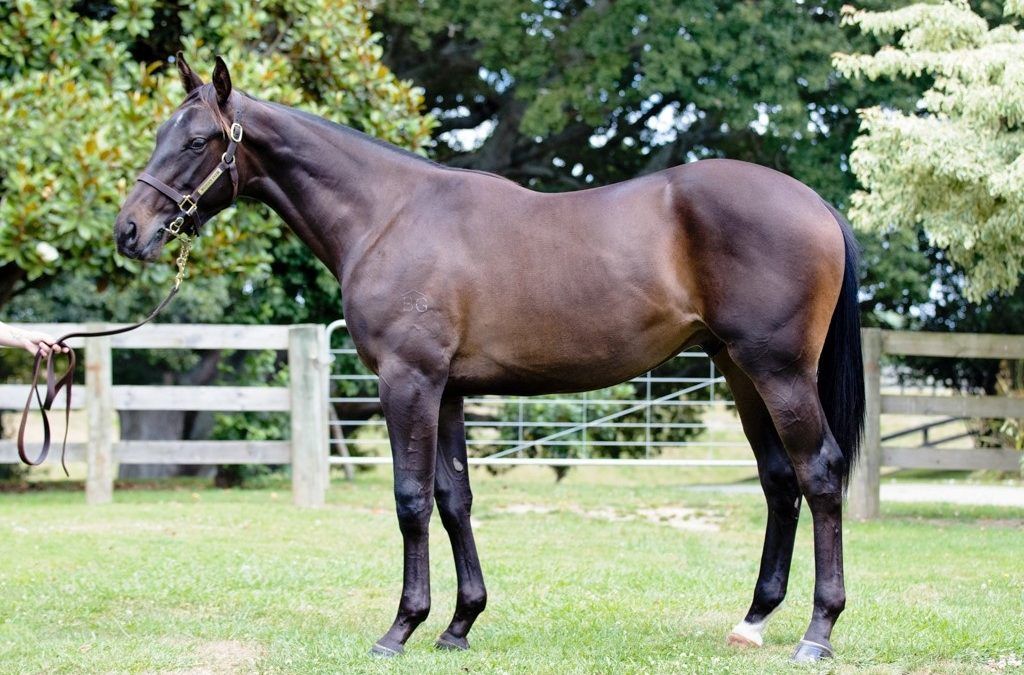 Delbridge Racing has unveiled our latest yearling colt by Shamoline Warrior ex Rosegreen – see attached photo and pedigree – who will be trained in Cambridge, New Zealand by Mark Forbes.

By Shamardal’s Group 3 winning son Shamoline Warrior, this colt possesses all the quality physical attributes that both his sire and dam express. Shamoline Warrior was purchased, syndicated and raced by Delbridge Racing and this colt has a striking resemblance to his sire at the same age.

An extremely well put together, and well-bred, mare, Rosegreen has been a successful breeder- both on type and race performance – having produced several winners including the very fast and honest Massale who won three races under the partnership of Michael Moroney and Chad Ormsby.

Massale illustrated above average ability from day one and had he not fallen in the Karaka Million as a juvenile – sustaining serious injury to one leg – Moroney and Ormsby would not be convinced otherwise that he was an out and out Group 1 class sprinter.

This colt is a solid, athletic and scopey individual that possesses a strong forearm and hind-quarter, deep girth and lovely lose walk that suggests he will make a quality sprinter/miler.

He is extremely well balanced and carries himself in a very forward manner for a big horse. He has a great nature, bold head and very kind eye and executes everything that is asked of him in a positive manner. He has an excellent temperament.

With limited opportunities at stud, Shamoline Warrior has produced 13 individual winners from only 22 to the races and includes the highly talented Australian city winner Interstellar.

Of Shamoline Warrior’s nine colt runners to the races, seven of those are winners and boast a combined total of 14 wins between them. Rosegreen would be one of the better mares that Shamoline Warrior has served so this colt has a lot going for him.

The colt will be broken in and trained by Mark Forbes of Cambridge. From a small team, Mark boasts a top strike rate and has prepared quality horses of late such as Pinzalot, the Group placed Royal Fashion and He’s Our Rokkii who has gone on to win at Group 1 level in Australia.

If you are interested in more details about this quality colt please let us know by return email at mark@delbridgeracing.com.au or phone 0419561715