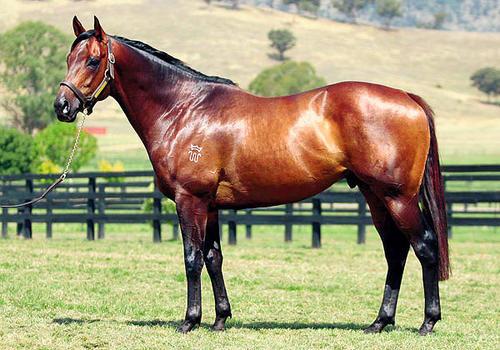 Sad news from Chatswood Stud yesterday, principal Greg Willis advising that Group 1 winner Niello was euthanised at Chatswood yesterday after breaking his off-foreleg in a paddock accident on Monday morning.

Bred at Woodlands Stud, Niello (Octagonal) is a brother to Champion racehorse and recently crowned Champion sire in 2010/11 in Lonhro and won the Spring Champion Stakes, Randwick and Rosehill Guineas.

“It is a very sad day for everyone at Chatswood where Niello commenced his stud career in 2005, covering 692 mares in his six seasons at stud.” Willis said. “For the season just concluded, Niello sired 29 winners including the undefeated two year-old Sweet Ella who will appear again during the spring carnival for Greg Eurell.”

“I would like to thank every breeder who supported Niello in the past six seasons and hope that his legacy will live on for many years to come.”