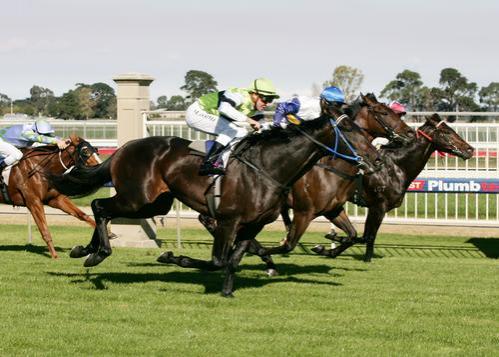 The Darley stallions recorded their second Derby winner in as many days when Shamardal’s talented son Lope de Vega romped to victory in the Group One Prix du Jockey Club at Chantilly on Sunday, just a day after King’s Best colt Workforce became the fastest Derby winner of all time at Epsom.

Settled in second position under Maxime Guyon, the Andre Fabre-trained colt was able to overcome the disadvantage of drawing gate 20 in a field of 23.

He took up the running entering the straight and moved clear of his rivals with consummate ease, storming to a three-length victory.

"It was always the plan to stay up with the pace because he's run over seven furlongs and I knew he had the speed to get a good position. I was surprised no-one came to chase me in the final furlong," said Maxime Guyon.

His win comes just three weeks after a sweeping victory in the Poule d’Essai des Poulains and he has now finished out of the first three just once in six starts.

Speaking after the race, winning trainer Andre Fabre said: "I'm tempted to go back to a mile and go for the Marois.

"There was a little doubt about his stamina so it's better to run over too short than too far. At the moment I don't think he will be coming to England unless he stays in training because he's a very excitable horse and I'd be worried about travelling him."

Owned and bred by Gestut Ammerland, Lope de Vega is out of the Group Three winner Lady Vettori, also dam of another Group winner in Bal De La Rose.

Lady Vettori has been covered by Shamardal again this year.

A son of champion US based sire Giant’s Causeway, Shamardal (pictured) will be back in Australia for Darley this spring at an increased fee of $66,000. Shamardal is the sire of Delbridge Racing's Group 3 winner Shamoline Warrior (pictured winning as a 2-y-old).