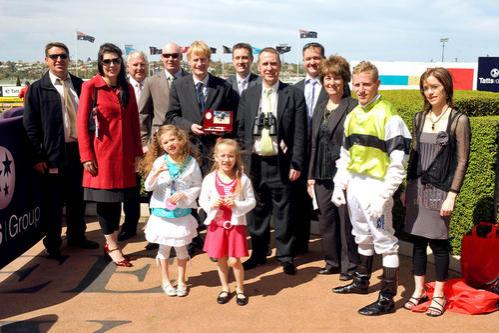 
She is drawn ideally in barrier 1 and will be suited by the 1000 metres on the synthetic track. Top jockey Craig Newitt will ride her and we expect another honest run from the Rock of Gibraltar mare.

The syndicate who race the horse will no doubt be out in force to support her as they were when this picture was taken after she won during the 2009 Spring.